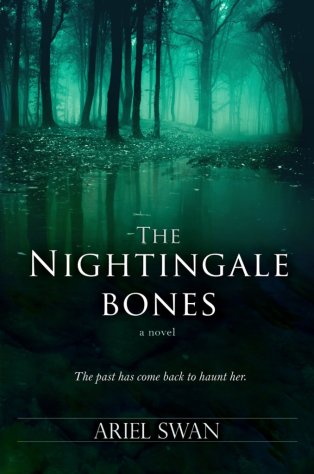 Someone has been waiting a long time for Alice Towne to arrive in Hawthorne.
Two hundred years, in fact.
Trying to accept her mother’s belief that the women of the Towne family are blessed, not cursed, with supernatural abilities, twenty-seven-year old Alice leaves a disapproving Boston husband to housesit for the summer in tiny Hawthorne, a historic village famous in the 1800s for its peppermint farms and the large, herbal-essence distilleries that flourished around the Massachusetts township.
She settles into a beautiful old home with a tragic reputation. There are said to be sightings and sounds from the spirit of a young woman who hanged herself after all her children died there of illnesses in the 1900s.
But soon, Alice experiences firsthand encounters that convince her the spirit is not who people think. The truth is shocking, steeped in the town’s distillery history and its legends of a local wizard and witchcraft. As she falls in love with a local farmer whose family legacy is as tangled in the magick and the mystery as her own, Alice’s fear becomes not whether the past can be resolved . . . but whether it’s waiting to claim new victims.


I love old fashioned ghost stories, and always have. That’s kind of what I thought I was getting with this book, and in a way I did, but it ended up being a lot more than that. However, that’s not always a good thing.
Alice Towne is in the midst of a divorce, has no place to live, no job, and is pretty much a mess. Her mother finds her a place to live in a small town, as a house sitter in a really old house, one that is thought to be haunted. Her mother, Josephine, is sort of a witch, and should really have known better than to send her daughter to a haunted house. Why? Because her daughter can sense spirits through odors. She also has some other supernatural abilities as well. Turns out the house is haunted by at least two entities. The good news is the man that was hired to paint the barn out back of the house. Kyle is painting it as a favor to the owner, as he lives on his own farm. Alice and Kyle have an immediate connection.
There’s lots of things to like about this book. If you like ghosts, there are ghosts, if you like historical mysteries, that’s a big part of this book, and if you like witches, and seances, you would probably love this book.
Alice as a character was really different. Odor memories of ghosts, or events like fires, was a new one for me for sure. She has emotional problems, due to her abilities, and her divorce. Seems her husband was not a fan of her abilities. I liked Kyle as a flawed character, but essentially good person. Their relationship was pretty different due to supernatural circumstances, and at times, I just wasn’t sure how they fell in love so fast, with so little interaction in the beginning. I kept wondering, is it really love, or is it the supernatural history? Josephine, I just wanted to throttle at times. Talk about your overbearing, and interfering mothers! There’s also a couple of elderly witch sisters, and of course a villain, that rounds out this group of characters.
The pacing of this book at the beginning was pretty spot on. Slowly, the ghosts, and the house itself, makes itself known to Alice. The further the story goes however, the slower the story seemed to be. Don’t get me wrong, things happen, but I just think the story could have been paced better. The first half of the book, I was telling people, how good it was, but by the end I just wanted it to be done already. Personally, I think it got a bit bogged down in the mystery aspects, and think it could have been more tightly written. Just too many( or too few at times)details without enough substance, during the mystery part of the book, in my opinion. The ghost, and witch aspects, of the book were much more interesting to me. However, I do know the mystery was essential to this story.
Other then the pacing, I did enjoy the book. I liked the ghosts, the characters for the most part, and enjoyed the setting in a small town. The idea of the mystery was well thought out, and different , I just thought it could have moved faster. I would recommend this to adult ghost story/mystery fans.
CLICK HERE TO GET YOUR COPY TODAY!

The review copy of this book was provided by Bell Bridge Books via NetGalley.

REVIEW by Dolly: Shadowed (Legend of the Ir'Indicti #2) by Connie Suttle (@subtledemon , @fidget78)