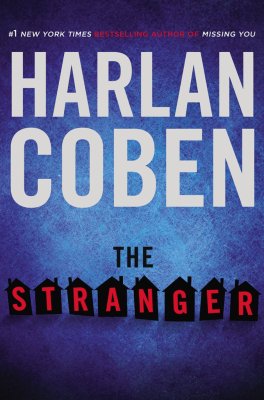 #1 New York Times bestselling master of suspense Harlan Coben delivers his most shocking thriller yet, proving that a well-placed lie can help build a wonderful life– and a secret has the same explosive power to destroy it.

The Stranger appears out of nowhere, perhaps in a bar, or a parking lot, or at the grocery store. His identity is unknown. His motives are unclear. His information is undeniable. Then he whispers a few words in your ear and disappears, leaving you picking up the pieces of your shattered world.

Adam Price has a lot to lose: a comfortable marriage to a beautiful woman, two wonderful sons, and all the trappings of the American Dream: a big house, a good job, a seemingly perfect life.

Then he runs into the Stranger. When he learns a devastating secret about his wife, Corinne, he confronts her, and the mirage of perfection disappears as if it never existed at all. Soon Adam finds himself tangled in something far darker than even Corinne’s deception, and realizes that if he doesn’t make exactly the right moves, the conspiracy he’s stumbled into will not only ruin lives—it will end them.

KEEP READING FOR LORNA’S REVIEW
AND MORE INFO ABOUT THE BOOK!

The Stranger
by Harlan Coben

Don’t you hate it when you figure out a mystery really early on in a book? That’s one thing that will never happen with a book by Harlan Coben-I can pretty much guarantee it. And this is just one reason that he is one of my all time favorite mystery/thriller writers, and that’s saying a lot for me.

The American Dream-everyone wants it, but how many of us actually achieve it. In this story, Adam is a lawyer that lives in a suburban small town, with his beautiful wife and two sons. Sounds pretty American dreamish right? That’s what he thinks too. Until it pretty much comes crashing down around him, in the form of a stranger that accosts him at the American Legion hall. The secret that is told to him was so far out of left field that Adam can’t even comprehend it, or why it was even told to him in the first place. And the stranger isn’t answering any questions.

What follows is Adam’s journey to find out just what in the heck is going on. The one person that could answer the questions is his wife, and she’s not answering anything either. And that’s where my only problem with the book lies. It took a bit too long to get to the part where he is able to finally talk to his wife, and by the time he did, I was beginning to wonder if this would be the first book that I wasn’t going to love by this author. I couldn’t have been more wrong!

Intricate plotting is a hallmark of Mr. Cohen’s work, and this book was no different. While most of the story is told from Adam’s point of view(not in the first person though), there is also chapters from other characters involved, both the good guys and the bad guys. This just fleshed out the problems, actions involved, and all the possibilities that are entertained by Adam in his quest for answers.

This story, once it drew me in, didn’t let go of me until I finally finished it. And I literally had trouble putting it down throughout most of the book. Lots of twists and turns kept me completely entertained. It might not have been the absolute best premise this author has ever written, because believe me, he has written some wonderful thrillers, but even if not the best, it is still better then most thrillers out there.

I highly recommend this to all mystery/thriller readers. There is some violence, but no sexual situations. If you haven’t read a book by this author, I recommend any of his novels .All page turners. 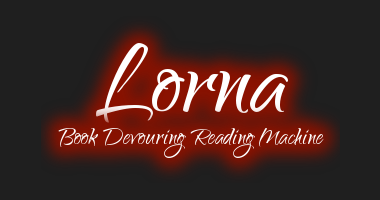 A copy of this book was provided to me by the publisher by way of Net Galley in exchange for a fair and honest review.

Harlan Coben is the bestselling author of sixteen previous novels, including the #1 New York Times bestsellers “Long Lost” and “Hold Tight.” Winner of the Edgar Award, the Shamus Award, and the Anthony Award, Coben lives in New Jersey with his family.

REVIEW by L.E.: He Belongs With Me by Sarah Darlington (@SADarlington , @AuthorLE)