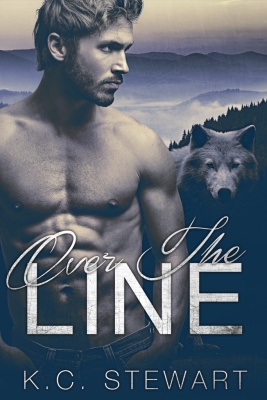 The truth is in the evidence. Follow your nose, keep an ear to the ground and don’t believe everything you hear. Tyson Cartwright has always known who he was and becoming the Adirondack Pack’s Enforcer was the goal from the verystart. He loves his job, but not today. Someone in the pack isn’t who they say they are. It isn’t the first time and it won’t be the last that Tyson has to rid the pack of a spy. These are the people he calls his friends and family and one of them is lying to him. His gut has an idea but is it just because he doesn’t like the man his sister has taken up with or is there something more to Jack Naughton? For Jenny’s sake he better know for sure it’s Jack before dispensing justice because once a wolf goes over the line, there is no coming back.

KEEP READING TO LEARN MORE ABOUT THE BOOK!

Over the Line
by K.C. Stewart 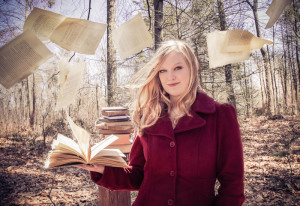 K.C. Stewart lives in central Pennsylvania with her three cats. She is currently attending college online for Library Science while working full time as a photographer. In her spare time, which isn’t easy to find, she reads an obnoxious amount and writes in between everything else. K.C. has a very real addiction to gummy bears and talking to her cats when no one is around.

Spotlight! Check out this excerpt & giveaway from RAVEN, RED by Connie Suttle!