Need Help? Hire a Ghost. She Cooks. Lottie Roberts is restless and lonely. She’s been sitting on her bones for decades, waiting for her ticket to heaven until…Justine Hale and her family take up residence in Lottie’s two-hundred-year-old plantation house. Lottie senses in Justine a kindred spirit–filled with heartache and in reduced circumstances–which Lottie considers mirrors her own situation exactly. Yet Justine is trying to do the right thing. Else why is she burdened with a bankrupt mother without an ounce of common sense? Or an ex mother-in-law who looks like a pickled beet with a tongue sharper than a hatchet? And where is the father of the recalcitrant eleven year-old boy and the eight-year-old afraid of her own shadow? Justine needs help and Lottie is of a mind to provide it. But before Lottie can say squat and Justine even unlocks the front door, Tucker Highsmith shows up to steal her thunder. His dark eyes, lazy grin, and sexy Alabama drawl coupled with the dern braggart’s Mr. Fix-it talents just might be the answer to all of Justine’s problems. Or maybe not, because Lottie has her own agenda since she found her bones on a hidden staircase.

The House on Persimmon Road
by Jackie Weger

At first glance at this cover, it seems like a book I would never read. However, I found it on sale, read the blurb, found out it was a RWA Maggie award winner for romance, and I was sold. Like romance and humor, with more than a touch of the supernatural? This could be your next great read!

The cover doesn’t hint at a haunted house or a ghost, that’s for sure, but that’s what you get with this read. Justine is a woman that is starting over now that her former life is pretty much in ruins. Her husband left her to become a monk, and now she has to juggle a job, her two children, her once rich, but newly destitute mother, and even her crotchety, ex-mother-in-law. She has had to move to a new state-Alabama-and has rented a home, sight unseen. The house has been sitting empty for years, or so Justine thinks. In truth, it is inhabited by Lottie, a spirit with bones hidden in a secret place that have never found. She’s lived there since before the Civil War, and quickly becomes a big part of the read. She is also the one responsible for more than one humorous moment in this read.

Almost immediately, Justine meets her neighbor,Tucker, a bachelor that’s writing a cookbook and is embarrassed to tell anyone. He’s also gotten on the wrong side of her almost immediately as well. It doesn’t take long though, before the whole family has fallen in love with him-except of course the MIL, Agnes, but then she doesn’t like anything. Through it all, Lottie really wants the family to know she’s there. But she really manages to screw that up, and scare Justine’s eight year old daughter half to death, when she tries to participate in a tea party with her dolls. Yes, I laughed out loud. Lottie’s on a mission to come back to life and starts trying to ensure that happens. It makes for some amusing moments let me tell you!

I enjoyed the romance between Justine and Tucker, it was very sweet and actually pretty lustful in the end, although everything fades out before any sexual scenes are shown. Actually didn’t bother me, as I just enjoyed so many other aspects of this read. I loved the characters and the premise of a haunted house and the family that lives there, the romance and all the things that Lottie comes up with. Such a really good read for any romance reader, and I recommend it to ages 16 plus-due to the lust, and a few other sexual things. 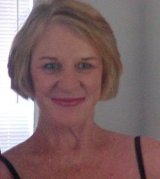 An award-winning author, Jackie Weger has been writing romance novels off and on for thirty years. When she’s writing, she’s anchored in a tiny room with a desk, a chair and a cat. When not writing, blogging or chatting with fans, she’s traipsing around the Internet searching for recipes, but much prefers to travel the good earth by foot, bus, canoe, sloop, mule, train, plane or pickup–and let somebody else do the cooking.

New Release! Check out this excerpt & giveaway from RISE OF A WARRIOR by Denna Holm!

LAST CHANCE! Enter the Picture Perfect Giveaway Before it Ends at Midnight!