The extraordinary new Lucas Davenport thriller from #1 New York Times–bestselling author and Pulitzer Prize winner John Sandford.
After the events in Gathering Prey, Lucas Davenport finds himself in a very unusual situation—no longer employed by the Minnesota BCA. His friend the governor is just cranking up a presidential campaign, though, and he invites Lucas to come along as part of his campaign staff. “Should be fun!” he says, and it kind of is—until they find they have a shadow: an armed man intent on killing the governor . . . and anyone who gets in the way.

KEEP READING FOR MORE INFO ON THE BOOK
AND TO READ LORNA’S REVIEW!

John Sandford’s Prey Series is among the best, if not the best, detective series being written today. This was the second of these books that I have read(or listened to)in the past week, and not once was I bored or ready to quit reading. Sandford keeps it new and fresh, from one installment to the next. I have been reading these for the past twenty five years and will continue to read them as long as he keeps writing, and that’s because they are are just that good.
Lucas Davenport is called in by his friend, Governor Henderson of Minnesota, to investigate the possibility of an extremist group operating In Iowa. Now that Lucas has quit working for the state of Minnesota as crime investigator, he is free to do whatever he wants. And what he wants is to work, so he goes to Iowa. Why Iowa and why would the governor of Minnesota care? This where the story becomes very timely. It’s presidential election season and Iowa is the epicenter of candidates stumping for the nomination. The extremists are operating in Iowa and have plans on killing the governor’s opponent, Michaela(Mike)Bowden, the front runner for the nomination. Henderson is evidently the first choice for the extremists in the race for the presidency.
The manhunt causes Lucas to criss-cross the state of Iowa almost non-stop over just a few days time. He’s trying to beat the clock, the one that will end with Bowden doing the candidate walk at the Iowa State Fair. A walk that will be almost impossible to completely protect her. She, of course, wouldn’t think of cancelling her walk even though she is very aware of the threat.
As with any of these books, Sandford knows how to ramp up the tension to a fever pitch. Both suspenseful and presidential campaign insightful, this book had me on the edge of my seat for most of the read. Readers not only get Davenport’s perspective, but also the perspective of the actual zealots involved, making us privy to all the background of these characters.
Sandford fills his books with completely fleshed out peripheral characters, in addition to Lucas. His close friend from his school days, Elle, a nun with psychological training, is called in to consult with Lucas at one point. She’s been featured in most of these books, and it’s always good to see her show up. Of course Weather, Lucas’s wife, is aboard this time, but only in a small way. Letty, Davenports adopted daugher and star of the previous book, isn’t involved this time, and I did miss her a bit. Various campaign officials, police officer’s, and even the governor of Iowa are also featured.
This book was highly satisfying for a mystery/suspense reader. I recommend this to readers of that genre, ages 15+ due to the level of violence, which wasn’t quite as bad as the previous book, but still no walk in the park. 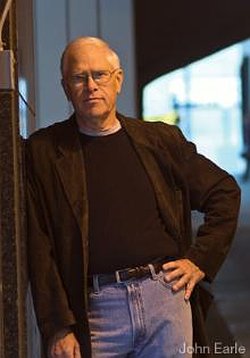 John Sandford was born John Camp on February 23, 1944, in Cedar Rapids, Iowa. He attended the public schools in Cedar Rapids, graduating from Washington High School in 1962. He then spent four years at the University of Iowa, graduating with a bachelor’s degree in American Studies in 1966. In 1966, he married Susan Lee Jones of Cedar Rapids, a fellow student at the University of Iowa. He was in the U.S. Army from 1966-68, worked as a reporter for the Cape Girardeau Southeast Missourian from 1968-1970, and went back to the University of Iowa from 1970-1971, where he received a master’s degree in journalism. He was a reporter for The Miami Herald from 1971-78, and then a reporter for the St. Paul Pioneer-Press from 1978-1990; in 1980, he was a finalist for a Pulitzer Prize, and he won the Pulitzer in 1986 for a series of stories about a midwestern farm crisis. From 1990 to the present he has written thriller novels. He’s also the author of two non-fiction books, one on plastic surgery and one on art. He is the principal financial backer of a major archaeological project in the Jordan Valley of Israel, with a website at http://www.rehov.org. In addition to archaeology, he is deeply interested in art (painting) and photography. He both hunts and fishes. He has two children, Roswell and Emily, and one grandson, Benjamin. His wife, Susan, died of metastasized breast cancer in May, 2007, and is greatly missed.

THE AVON AFFAIR REVIEW by LORNA: Wild About You (Love At Stake #13) by Kerrelyn Sparks (@kerrelynspakrs, @mollykatie112 , @AvonBooks)