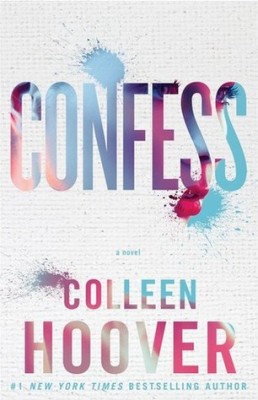 Winner of the 2015 Goodreads Choice Award for Best Romance.
From #1 New York Times bestselling author Colleen Hoover, a new novel about risking everything for love—and finding your heart somewhere between the truth and lies.
At age twenty-one, Auburn Reed has already lost everything important to her. In her fight to rebuild her shattered life, she has her goals in sight and there is no room for mistakes. But when she walks into a Dallas art studio in search of a job, she doesn’t expect to find a deep attraction to the enigmatic artist who works there, Owen Gentry.
For once, Auburn takes a chance and puts her heart in control, only to discover that Owen is keeping a major secret from coming out. The magnitude of his past threatens to destroy everything important to Auburn, and the only way to get her life back on track is to cut Owen out of it.
To save their relationship, all Owen needs to do is confess. But in this case, the confession could be much more destructive than the actual sin.

KEEP READING FOR MORE INFO ON THE BOOK
AND LORNA’S REVIEW!

2015 GoodReads romance of the year winner Confess, really was a great listen for me. It’s one of those books that will pull all your emotions out, probably as early as the prologue-which is emotional to the extreme. If you are a crier while reading, I suggest tissues from the beginning.
Auburn is twenty one and even at that young age has had way more than her share of heartbreak. Faced with losing the only things she really cared about starting at age fifteen, now all she wants to do is make a new life for herself by moving to Dallas. She’s a hairdresser, but hates it, has a kooky roommate that is super protective of her, and there’s a cop, Adam, that considers her, his to take based on a shared history. Auburn isn’t having any of that though. When she sees a help wanted sign on an art gallery door, she applies. Her new part time boss is Owen. Owen is a talented artist and uses his gallery for people to confess their sins by leaving him confessions. He, in turn, paints some of the confessions, or his interpretation of them. I thought this premise was very different from the norm. Because both Auburn and Owen have secrets, ones that should be shared before a relationship can take place. And secrets that could break up a relationship before it can even get off the ground. But of course there wouldn’t be a book if that happened!
I ended up really liking both Auburn and Owen’s characters. However, at times, I wanted to have words with Owen for not telling Auburn his secret. And really, Owen is keeping more than one secret from Auburn. Auburn was a really resilient character. She’s been through a lot, but she still wants to fight for her future. She knows what’s important and she goes after it. Owen is bogged down due to a major problem in his life. I liked him, but I wanted him to man up more than he does. And again, there wouldn’t be a story if he did.
I can see why this was the romance of the year. Anything Colleen Hoover writes is pure gold in the romance world. I am slowly making my way through her books and I admit to being behind. But I plan on keep going because so far, each of her books are wonderful romances, and this particular one also has a bit of a thriller aspect to it at times.
I listened, instead of read, and I did enjoy the narration by Elizabeth Louise and Sebastian York. It was my first with two narrators and I found that to be both different, as well and nicely done. I wasn’t sure at first that I was going to like either one of them, but thought they did a good job in the end. I did think that Owen sounded older than his years in the narration, however.
This was first and foremost, a pretty great romance, but it was also the story of two people that were meant to be together-and that’s just not me saying that. If you read the book, you will understand what I mean, because this isn’t a simple romance-not by a long shot. I highly recommend this to new adult and adult contemporary romance readers. 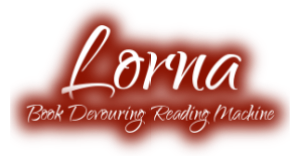 Colleen Hoover is the author of ten New York Times bestselling novels. She self-published her first novel, SLAMMED, in 2012. Five months later it debuted on The New York Times. Colleen has since signed with Atria Books, a division of Simon & Schuster. Her next novel, November 9, is scheduled to release in November, 2015.
Ugly Love, a novel she released in August, 2014, is currently in pre-production with Hackybox Pictures and is slated to release in 2016.
You can follow Colleen on Instagram and Twitter @colleenhoover. You can also find her on her blog at http://www.colleenhoover.com or on her very active Facebook page at http://www.facebook.com/authorcolleenhoover