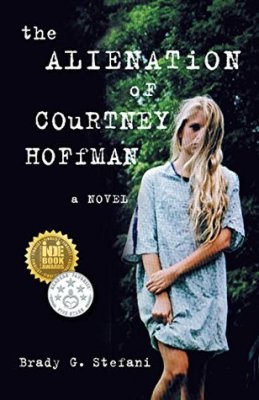 Fifteen year old Courtney wants to be normal like her friends. But there’s something frighteningly different about her—and it’s not just the mysterious tattoo her conspiracy-obsessed grandfather marked her with when she was a child. “Mental illness is a slippery slope,” her mother warns her. And the last thing Courtney wants to do is end up crazy and dead like her grandfather did.
But what about the tattoo? And the alien scouts who visit Courtney in her bedroom at night claiming to have shared an alliance with her grandfather? And her new friend Agatha’s apocalyptic visions? They have to be connected. Courtney has a mission: untangle her past, discover the truth, and stop the apocalypse before anyone from school finds out she’s missing.

I started reading this book and came really close to stopping before I got very far. I thought I had the wrong idea about what the book was about, and really didn’t want to read about a teenager going through mental illness. Not that there’s anything wrong with books about that, but I just wanted to read the book I thought I was getting. I was so wrong. So I am going to say right off the bat, this is a young adult science fiction read, and a pretty good one at that.
Courtney is fifteen and lives with her little sister and divorced mother. She has had a pretty different sort of life as she was taken care of at times by her grandfather when she was little. She adored him back then, until something really bad happened to her and him on the same day. Her grandfather believed in aliens to such an extent that he had her tattooed at age seven, much to her parents dismay. The tattoo didn’t make sense to anyone. Now it’s eight years later and Courtney is being visited at night by aliens in her bedroom. She is understandably petrified and has a mother(from hell)that doesn’t believe her. Her mother’s boyfriend, a doctor, doesn’t believe her either. When Courtney meets Agatha, an older girl that just happens to look like Courtney’s imaginary friend from early childhood, things begin to get even weirder.
This book was strange. There I said it. As in, really strange. For awhile, even after it started to get better, that’s what I kept repeating over and over again in my head. But it ended up being a book I could barely put down. There’s something to be said for different and strange at times! It’s young adult, but I think an adult can find things to like about it, starting with Courtney. She was so tenacious and focused, once she realized the true import of what’s happening, and I should also mention brave, as well, to describe her. She truly grew as a character throughout the book. Faced with the impossible and having all the cards stacked against her, she overcame a lot, especially having such a horrible mother. Agatha was another good character, although I was confused a lot, at different times about her. There’s a couple of things I still don’t understand and were never explained to do with her. The villains of this book were really good ones to root against, so I consider that well done by the author. Also well done was the writing and the premise, so more plus’s for the author as well.
Conspiracy happening? Absolutely, and Courtney and Agatha are caught up right in the middle. I really don’t want to post spoilers, so that’s all I am going to say about the actual story, with one exception. I was with this book most of the way, until closer to the end. I think most of the last part was the truly young adult part of the book. There’s nothing wrong with that, but I just thought the tone of the book changed slightly. A bit over the top. It was very fast paced, especially towards the end, and that’s a good thing, because it will have you turning pages as fast as you can. It’s definitely worth the read, and I highly recommend this to anyone that likes young adult science fiction. If you are a hard core science fiction fan, this may not be one for you though. Good Read! 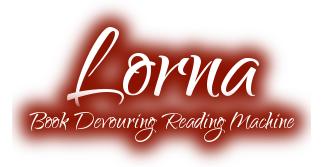 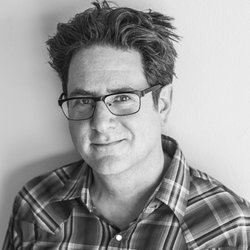 Brady G. Stefani has a bachelor’s degree in creative writing, and a graduate degree in law. During law school, he interned with the Massachusetts Department of Mental Health, where he interacted with patients suffering from severe thought disorders, including numerous patients presenting with subjectively real memories of being visited and abducted by alien beings. It was through his study of these patients, along with his own struggles with anxiety and cognition, that Stefani became aware of just how deceiving, mysterious, and powerfully resilient the human mind can be.
In an effort to provide awareness of mental suffering, and spread hope to all those touched by it, Stefani is focused on writing YA novels that explore the experience of being different, and the other-worldly places our boundary-less imaginations can take us. Alienation is his first novel. But with two works currently in progress, the journey has just begun.

New Release! Check out this excerpt for PRISONER OF NIGHT by J.R. Ward!