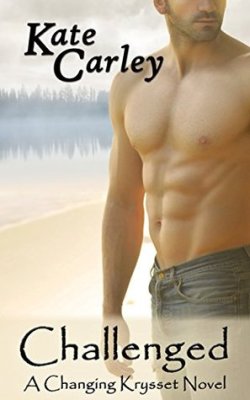 One devastating lie set the course for Sophie Lancaster’s life. Can one earth-shattering phone call change it?
Jackson Cooper certainly hopes it won’t—at least not permanently. For the past twenty-one years, Sophie has avoided coming home and now has the nerve to show her face, purely for the reading of her grandfather’s will—that thought alone is enough to have Jackson grinding his teeth in molar-cracking frustration.
But Grandpa Ray’s final request, a life-changing challenge to save the family’s resort, pairs Jackson with this woman who makes his blood boil—in more ways than one.
With Jackson’s vow to honor his dear friend and Sophie’s promise to prove her worthiness to a grandfather she barely remembers, they set off on a yearlong adventure.
Can they learn to work and live together, forging a new bond built on respect and a common goal? Can they rely on each other without giving into their growing desires?
Just as the sizzle of attraction between them heats up, the challenge becomes a dangerous and deadly game when outside forces threaten their resort, their budding relationship, and their very lives.
With their future hanging in the balance, will they survive the challenge?

Challenged is quite a good read.
It’s a blend of romance and suspense with a touch of mystery. When her grandpa passes away, Sophie faces the challenge of a lifetime. Work together with long-lost friend, Jackson, to prove they can run the resort successfully, or bow out and give him the resort, passing on an opportunity to rediscover her past and forge a new future. She takes the challenge.
What I like most about this story is the mystery. There’s someone out to get Sophie and Jackson, or at least to get their inheritance, but it isn’t obvious. Not only do the two need to figure it out, the stakes get higher and higher the longer it takes them. We get some glimpses into their opposition, and at one point it seemed like the villain was named, but I think maybe I just misinterpreted it, staying up too late to read.
Another thing I liked was how the budding romance plays out between Jackson and Sophie. They fight their instincts and attraction, holding out for a real connection, but when they finally give in, it’s all fireworks and playful banter and sweetness rolled together. Their intimate scenes are detailed, but tasteful and realistic, and I love how the emotions don’t play second.
I’m not completely sold on the perspectives switching off, especially during the intimate scenes, but it does let you get into the heads of both Jackson and Sophie. Still, I think it was pretty well done overall. Each character’s voice comes through so you aren’t left guessing who’s thinking what. There are a few times where the story kicks into full third person, but for the most part, it’s limited third person, covering either Sophie or Jackson.
Overall, I really liked this story. It’s a great blend of suspense, mystery and romance in a modern, small town setting. Folks who dig romance with a good story backing it will likely either really like or even love this one. On the other hand, folks who don’t prefer a lot of focus on attraction and intimacy might not find this a good fit, as those are a huge part of this story.
I received a copy of this book from the author in return for a non-reciprocal review.

Kate spent seven years working as an IT professional before ‘retiring’ to stay at home with her two little boys. Now–two more children and two decades later–Kate is launching her new book series: Changing Krysset.
When Kate isn’t writing, she’s cooking for her brood. Late at night, you’ll find her curled up by the fireplace reading a romance novel.
Kate lives in the Midwest with her husband of twenty-seven years and their four children.
Visit Kate online at http://www.katecarley.com.