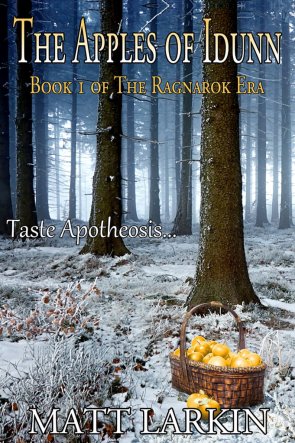 Odin, Jarl of an Aesir tribe, earns the attention of a goddess by slaying a giant. His valor prompts her to give him the apples of immortality—in return for marching against the gods of Vanaheim. He must risk everything to overthrow those he once worshipped, but doing so offers him the only chance to free the world from the mists of Niflheim. And before he can march on gods, he must make his own people see him as one.


Apples of Idunn is an epic, nonstop, adventure mingling myth and magic. Larkin has captured the art of storytelling and excelled beyond, offering up Norse mythology mixed with human emotion that leads the reader into a frozen world begging for hope and a new beginning.
Readers meet Odin, in his early adulthood, before the time when mortal men would consider him the Allfather to the Norse pantheon. Following the slaughter of his father, Odin is thrust to the role of jarl of his clan, left to lead a people while attempting to quell his thirst for vengeance for his father’s murder. Larkin takes our hands and leads us onward, through mist and mystery alongside an Odin who is struggling, and at times failing, on his path towards immortal mythos. In accompaniment of Odin come a band of characters, each having a foot embedded in Northern Germanic legend, with unbridled stoutheartedness, courage, and unyielding loyalty to a man still searching for the truth in his heart. With pride leading him forward, Odin and his band of compatriots fight to make sense of the frozen world they have known their entire lives, while being spurred onward with the temptation of a warmer, more prosperous, future.
Never has Larkin disappointed me in his writings. From his Skyfall Era Collection, to the Sins of Angels series and his Seal of Solomon books, Larkin has a way of drawing in his reading with accounts of brilliant fiction. Apples of Idunn is no exception to my previous opinion of Larkin’s works. I commend him on his accomplishment in the first book of the The Ragnarok Era work and find myself impatiently waiting for the next chapter to be written.
CLICK HERE TO GET YOUR COPY TODAY! 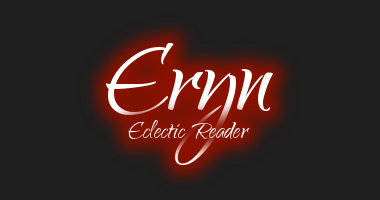 The review copy of Apples of Idunn was provided by the author in exchange for a fair and honest review.

RELEASE DAY REVIEW by Lorna: The Girl From the Well by Rin Chupeco (@RinChupeco,@Mollykatie112)

REVIEW by @UrbanFantasyRev: A Marked Past by Leslie Deaton (@LeslieDeatonBks